In one of the Creative Greenius’ most highly read posts, written on July 29 of this year, I said there was no difference between today’s global warming deniers and the heads of the tobacco industry a few years back.

Yesterday my position was correctly stated by Rep. Jay Inslee a democrat from the great Pacific Northwest state of Washington who tore the authors of SuperWeakEconomics a new one for all their lies and hack writing in their new, already discredited book. 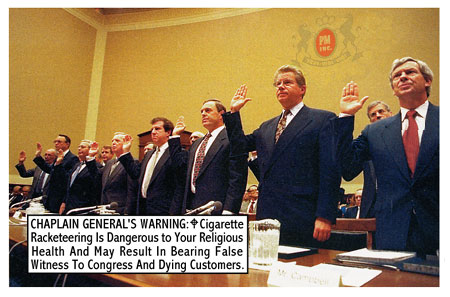 Inslee told it exactly like it is when he stated for the Congressional record that the book’s clueless authors practiced “absolute deception” in their blatant and amateurish lies about climate scientist Ken Caldeira. Inslee slammed the writers of the book as propagandists who were trying to deceive the American public on global warming.

It all went down yesterday during a hearing of the House Committee on Energy Independence and Global Warming investigating the criminally forged letters sent on behalf of the coal industry opposing climate legislation.  The conman from the coal industry group tried to blame the whole thing on a rouge temp in the office.  Why that perjurer wasn’t lead out of the US Congress building in handcuffs is a mystery.

Looks like the Greenius has been too mellow and nice in what I’ve previously written and said about the coal industry mercenaries and the bastards who are selling out your children and our civilization’s future just to line their pockets and satisfy the greed that is the core of their being.  Same goes for their brothers in the oil and gasoline industries.

Guess I’m going to have to get tougher still.