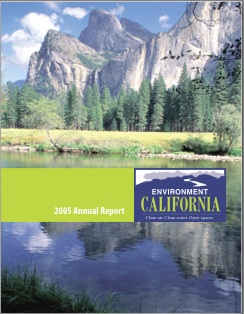 One of the groups I support and learn from is Environment California who have been great advocates of AB 811 and AB 920, the one-two punch for solar we absolutely need to drive solar sales at the rate demanded by today’s CO2 levels.  Dan Jacobson is the Legislative Director of Environment California and he’s both progressive and effective – and someone I admire a great deal.

Dan’s been a big help to California Assemblyman Jared Huffman’s efforts to get AB 920 turned into the feed-in tariff law that will drive sales of solar literally through and onto every available rooftop in the Golden State.  And if you talked with Lawrence Cooper he’d probably tell you it would be a big help in getting to 33% renewable energy in California.  Lawrence Cooper works with Assemblyman Huffman, and AB 920 is one of his big responsibilities.

I heard from Cooper a couple of times this week with updates on the progress of AB 920 which is expected to be heard on Monday in Senate Appropriations, where it will be referred to the suspense file due to the cost. Cooper and his team will then start to work to get the bill out of suspense.

Cooper has already worked long and hard, including setting me straight about SCE’s support for the bill.  I had gotten that wrong in my piece on Monday and Cooper was kind enough to correct me without beating me up.

END_OF_DOCUMENT_TOKEN_TO_BE_REPLACED

Just about one year ago on July 2, 2008 I was on Larry Mantle’s “Airtalk” (KPCC-FM 89.3 Pasadena) talking about getting my electric car and my solar panels.  I’m a member supporter of KPCC, my favorite NPR station, and I think Mantle does one of the most intelligent shows on the radio.  I wasn’t on as an official guest, I called into the show to drop some Greenius on L.A. radio listeners.

One year later, I’m still learning how to do my own solar installation after having taking classes and working with GRID Alternatives to install solar as a volunteer on low income and Habitat for Humanity homes.  And we’ve now cut our electric usage in half through efficiency measures so the size of the solar I need is half as much.

But listening back to this clip I realize how little talk of these subjects you hear anywhere on the TV or radio airwaves today.  While the Confederacy of Dunces rules the media spotlight, the climate crisis has only worsened since the days of $4.60 a gallon gasoline.  One year ago I said we only had about 12 months to turn things around: