While Exxon continues to spend millions of dollars every single day to defeat climate legislation and desperately avoid having to pay for the damage and destruction their product is responsible for, the souls they’ve bought and paid for in Congress continue to deny the reality of global warming.  Of course the carbon collaborators in the coal industry are also getting their money’s worth out of the cartoon characters they have representing their views on television too:

The shameless lying and shilling, from primarily Republicans, comes from the same exact people who claim that our President isn’t an American and from the same exact people who fight only for the health insurance companies as they block and oppose any public health care option by telling old people Barack Obama will murder them if they support his health plan.  And they’re the same people who had no problem flushing a trillion dollars down the “Iraq weapons of mass destruction stimulus” for the evil and wealthy of America.

But as much as they work to satisfy the satanic masters who have long held the deed to their souls (while they hold these same minions by the shorthairs) and as much as they hide their true intentions, they cannot hide the truth from those of us with the special X-Ray Specs that reveal the real monsters underneath their masks.

Just as they cannot hide the truth that gets reported every day: 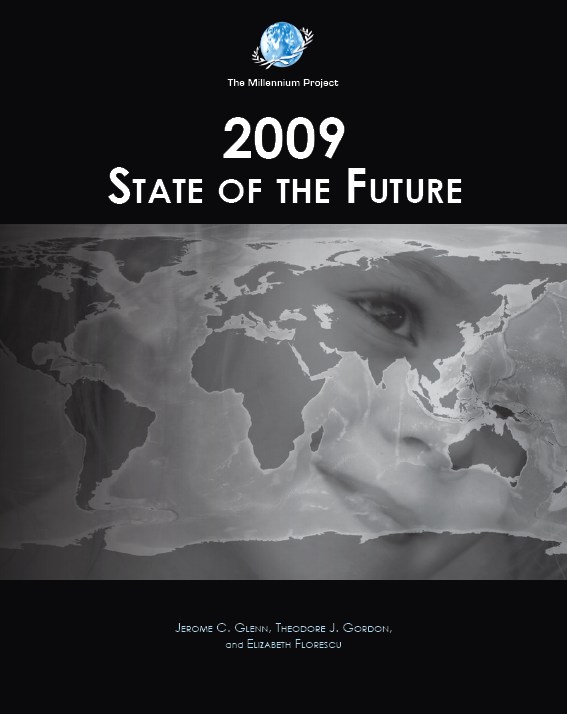 From the just released Millennium Report:

Although government and business leaders are beginning to respond more seriously to the global environmental situation, it continues to get worse.

Each day, the oceans absorb 30 million tons of CO2, increasing their acidity. The number of dead zones—areas with too little oxygen to support life—has doubled every decade since the 1960s. The oceans are warming about 50% faster than the IPCC reported in 2007.

The amount of ice flowing out of Greenland during the summer of 2008 was nearly three times more than that lost during the previous year. Arctic summer ice could be gone by 2030, as could many of the major Himalayan, European, and Andean glaciers

Over 36 million hectares of primary forest are lost every year. Human consumption is 30% larger than nature’s capacity to regenerate, and demand on the planet has more than doubled over the past 45 years. This growth continues as, for example, more cars are expected to be produced in China in 2009 than in the U.S. or Japan.

World energy demand could nearly double by 2030, with China and India accounting for over half of the increase. China uses more coal than the U.S., EU, and Japan combined, but it now has a policy to close an old coal plant for each new cleaner burning plant that turns coal into a gas before burning it.

Without major policy and technological changes, fossil fuels will meet 80% of primary energy demand by 2030. If so, then large-scale carbon capture, storage, and/or reuse should become a top priority to reduce global climate change.

Even if the world is successful in cutting carbon emissions in the future, California needs to start preparing for rising sea levels, hotter weather and other effects of climate change, a new state report recommends.

It encourages local communities to rethink future development in low-lying coastal areas, reinforce levees that protect flood-prone areas and conserve already strapped water supplies in the most populous US state.

“We still have to adapt, no matter what we do, because of the nature of the greenhouse gases,” said Tony Brunello, deputy secretary for climate change and energy at the California Natural Resources Agency, who helped prepare the report. “Those gases are still going to be in the atmosphere for the next 100 years.”