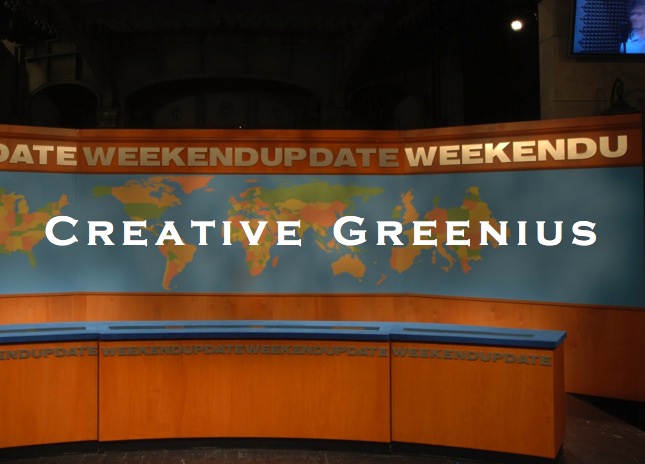 Holiday greetings from teetering on the precipice of bankruptcy California, where we’ve had a couple of unnerving earthquakes, a historic election and a disappointing Lakers’ home loss in the NBA Western Conference Finals since last I posted. 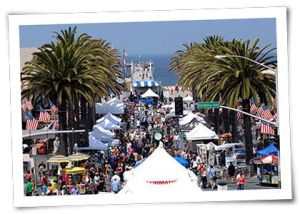 Clearly it’s the end of the world as we know it and I feel fine – because the s-bomb hasn’t quite hit the fan yet, the sun is shining at 10am here at the beach and it’s Fiesta Hermosa Weekend! And for the first time ever it’s an all green Fiesta Weekend in Hermosa!

And not just from the look of those tourists who force feed themselves too much kettle korn. No!  It’s because all the buses and generators involved in the Fiesta will be fueled with clean-burning biodiesel, made from used vegetable oil donated by local restaurants Patrick Molloy’s, Sangria, and Café Boogaloo. Glass and plastic containers will be recycled by Consolidated Disposal, and the food court vendors will be using compostible plates and cutlery.

Sure, we’re as doomed as doomed can be, but why worry when there’s still time to pour a big tall one and party the weekend away?  And to help kick it all off for you, after the jump I’ll offer up the first ever Greenius Weekend Update: 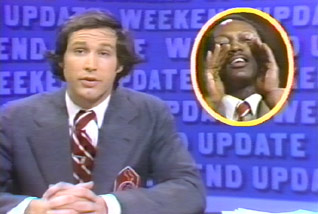 There will be plenty of time very soon enough to be overwhelmed with the crushing hard backhand of climate change and budget reality.  But we’re not going to let what’s coming harsh our mellow this fine weekend which we start with a fridge full of Trader Joe’s delights, a list of cool and happening things to do, and a fierce dedication to having as much fun as humanly possible in all the ways we’re famous for.

But first – Our Top Stories This Weekend: 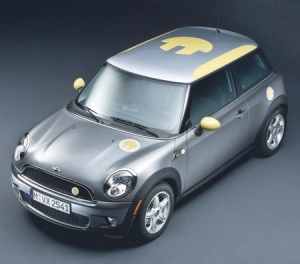 The May 21 issue of the South Bay’s Easy Reader free weekly newspaper confirmed the good news that Creative Greenius blog readers have known for a while now – that 10 brand new all electric BMW Mini-E test vehicles will be leased to the city for just ten bucks a month per car.

Not only is the South Bay’s greenest city getting the EVs for use by city officials, Mini USA is also providing an electric charging station for the cars.  Sweet.

Councilman Montgomery informed your Greenius weeks ago that Torrance Mayor and tow truck business owner, Frank Scotto, was also interested in getting Mini-Es for his city to test.  But apparently Scotto could not convince the folks at Mini that Torrance was worthy.

Nadine Jambor, a Mini E sales specialist was quoted as saying that Manhattan Beach’s reputation for environmentalism factored into BMW’s decision to approach the city as a test partner.  But Torrance has earned no such reputation and the home of the Exxon/Mobil refinery is not likely to without a major change in priorities.

I had the pleasure of being a docent at the Dency & Moira Lerner Nelson Hermosa Beach solar home and I totally dug meeting the 50+ different folks who came by to see the Nelson’s decade old PV system and the electric car that Dency has been driving every day for years now.

I wish I could report that someone from the Torrance Environmental Commission, the Torrance City Council or Torrance city staff had been among those learning firsthand how solar works and how effective it is – but I can’t, because none of them came by to tour.

One can only assume that they were too busy with last minute planning for the upcoming, June 13, 2009 Torrance Environmental Fair.  Or maybe they were working on their legal case against the solar installer who has been stopped by city from PV panels on a home here in my Hollywood Riviera neighborhood for what can only be called ANTI-environmental reasons.

For those who wonder how I can be such a warm, lovable guy yet at the same time so tough and critical of  the folks in Torrance city government – it’s because I’ve lived and based my business here for the past 16 years of my life and my city representatives have not done enough to protect our local environment, respond to the reality of climate change or take a leadership role on renewable energy.  So I have to assume my civic responsibility to do the right thing when no one else is stepping up. 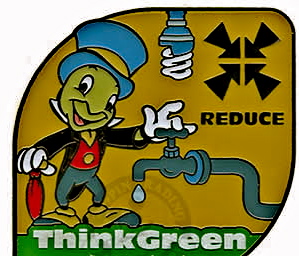 Torrance, California has about the same population, median income and property values as Berkeley, California.  There is no reason why Torrance cannot match the city of Berkeley’s lead when it comes to energy efficiency, commitment to cutting greenhouse gas emissions or in helping its citizens finance solar panels – no reason except a lack of vision, courage or responsibility.

Into that void must step citizen volunteers like myself, just as citizen volunteers have done on the most important issues in our country since the very founding of this great nation.  I cannot stand idly by while GHG emissions continue to rise and the impacts of climate change arrive years ahead of schedule and Torrance fails to act accordingly.

Since my city is so sadly absent of any self-criticism or sense of urgency on climate change issues, I assume the role of Torrance‘s environmental conscience, the Green Jiminy Cricket, perched atop the city’s shoulder, here to talk the talk directly into the civic ear until the city does the right thing.

And if you don’t think that’s going to happen then you haven’t heard me singing “When You Wish Upon A Star” around the house.  I’m a babyboomer and I grew up on Disney values – WALT Disney values, so I know that if you dream it you can build it and I’m not going to settle for less. 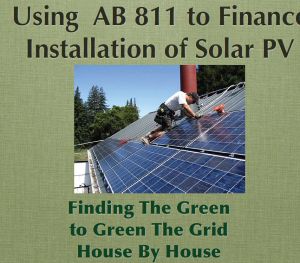 I’ve spent all of the last week and I’ll be spending plenty of  quality time this Memorial Day holiday weekend updating my AB 811 presentation for the Green Task Force meeting next Thursday.

I’ve been spending many hours reviewing my recordings of the California Energy Commission’s AB 811 Staff Workshop which were held on April 29.  There was a full day’s agenda of presentations from all the key players on the AB 811 scene and I’ve been reviewing each of their comments and PowerPoints and updating my presentation accordingly.

The big issue that’s come up locally is all the questions regarding the legal issues involved in forming assessment districts for the purposes of financing solar and energy efficiency improvements and the need for judicial validation.  So I’ve spent considerable time transcribing the legal presentations and researching the concerns and analysis.

I’ve be presenting my own PowerPoint presentation to the Green Task Force and any of you who’d also like to be there are invited to join us at the Council Chambers in Hermosa Beach at 1:30pm – 3:30pm by clicking here to RSVP.  There’s an even better reason to come than seeing me and that’s to hear from Howard Choy of L.A. County about the County’s effort to launch a countywide AB 811 loan program.

Next weekend I’ll be making that presentation available as a PowerPoint and as a PDF here on the Greenius site to share with anyone and everyone that would like to use it. 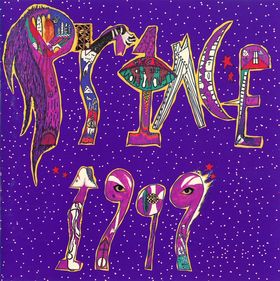 Till then, lets all party like it’s 1999 this weekend and imagine that we’ve still got a budget surplus and that the hottest years in recorded history haven’t even happened yet.

I’ll see you at the Fiesta Hermosa amigos!

One thought on “Greenius Weekend Update”