In the many years I spent studying for the priesthood I learned that the stories of Jesus Christ’s years on our planet serve as models and lessons for all of us.

So it’s as obvious as a bad face lift that we are going through the stations of the cross and that climate change is our crucifix. 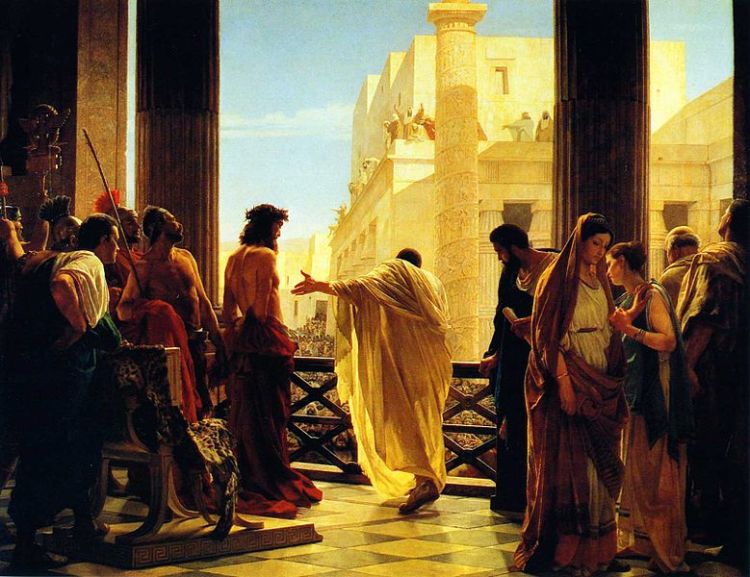 It’s been the Republican party, in the type cast role of Judas Iscariot.  And the silver they betrayed us all for came from today’s Pontius Pilatus and the Romans – the dirty fuel industry top executives whose empire stretches farther and wider than Caesar’s ever dreamed of.

But unfortunately the way this version of the story is being written there is no Easter and Black Friday becomes Groundhog Day – doomed to repeat ad infinitum.

That’s because when it comes to humanity, vision and a sense of the future of their own brand, the Republican Party and their supporters makes the ancient Romans look like Quakers.

END_OF_DOCUMENT_TOKEN_TO_BE_REPLACED

When I quit the Democratic party last summer the last straw for me was their total FAIL to take a stand and do anything about climate change.  Watching their spineless jellyfish routine in the face of the unified madman approach the Republicans employed was cringe worthy to say the least.

The piss poor performance of California’s Assembly and Senate Democrats to deal with our state’s budget issues only made me feel more certain of my decision.  And my personal experience working with certain Democrats at the local level helped convince me that they weren’t worthy of my loyalty or support any longer.  They probably never were.

I was a registered Democrat from the time I turned 18 in 1975 until the summer of 2010. It was always an easy choice because the Republicans were so clearly the party of phonies, hypocrites and mean-spirited, self-centered, big business boot-licking, environment-hating pollution-lovers.

END_OF_DOCUMENT_TOKEN_TO_BE_REPLACED

Wow, March First already.  Time do fly, don’t it?  It has definitely been been awhile, hasn’t it?  How you been?

Your beloved Greenius has been M.I.A. from this URL for all of 2011 – until now.  Maybe you noticed, maybe you didn’t.  Either way, I’m back and I’m returning with a new attitude, recharged energy and a fresh direction.  I can only imagine how thrilled you must be.

After playing a more subdued, measured and politically correct role locally for the past two years I am soooo over that.  I’m taking the gloves back off and cracking my knuckles.  Consider me now unshackled, uncensored and unafraid.  The perfect positioning for our What the Fuck? era.

I’d say “No More Mr. Nice Guy,” but hell I’m such an inherently nice guy at heart that no one would believe that… well, except maybe the gasholes who I’ll be metaphorically skewering like a razor sharp steel spike through a marinated lamb shish-kabob over burning hot coals.  Doesn’t that sound like fun?

I put up with a lot of crap last year and some of it shook me to my core. I’ll be the first to admit it, I lost my mojo as 2010 wore on and it wasn’t pretty.  Ennui and despair are a bitter and ugly cocktail to swallow, but that’s what was being served at the Green Bar for the last six months of 0h-ten and I drank enough to suffer a long hangover.

But I’m not hungover any more.  And I’ve not only got my mojo back, I’m ready to have me some laughs.  Seriously.