And The River Opens For The Righteous 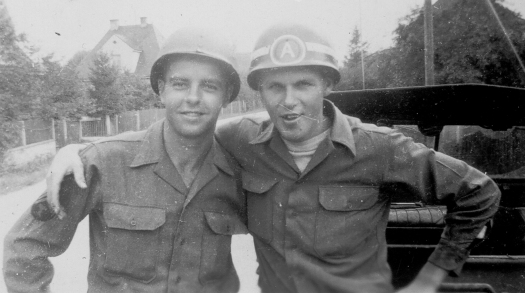 On this Veteran’s Day 2013 I honor my father-in-law, Bob Bushweit for his service starting at the age of 18 in World War II where he fought as a member of Patton’s Third Army across Africa and Europe and actually did preserve our freedom and our democracy as part of the greatest generation.

It is not hard to see these men and women as America’s true heroes – uprooted from their lives and sent to the European or Pacific theaters under harsh, brutal and primitive conditions without any of the technology, medical advances or modern conveniences that are an afterthought for today’s military.  They didn’t know if they could win, many times were on the verge of losing and the fear and isolation they experienced never stopped them.

While we honor today the service, sacrifice and loss of all our military members, there was no threat to our homeland, our freedom or our democracy from the North Koreans, the North Vietnamese, the Cambodians, the Iraqis, or the Afghanistan people.  Our men and women were put in harm’s way by politicians for different reasons, none of which have ever proven to be worth it.  It’s not the men and women in uniform’s fault in any way and it does not diminish their personal service but it is not the same thing as putting your life on the line to protect and defend our American way of life. END_OF_DOCUMENT_TOKEN_TO_BE_REPLACED

You Ain’t Seen Nothing Yet. That’s What Happens When YOU’RE the Jackass driving 140 Miles An Hour Totally Toasted 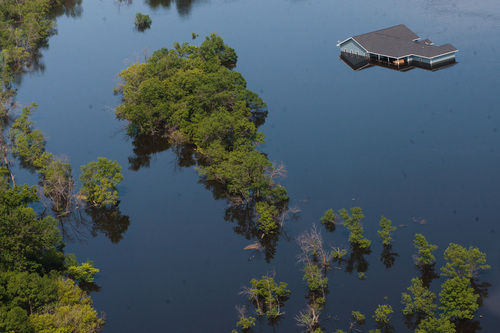 Good old now dead Jackass, Ryan Dunn, never provided me with a single ounce of entertainment, but he has handily provided me with an apt metaphor for all his fellow Jackasses who keep talking smack and moron-level nonsense about global warming and climate change being a hoax.

So he’s got that going for him now.

If we’re not the climate equivalent of a Jackass who already has 23 tickets and still gets drunk off his ass and drives 140 miles an hour and crashes and burns well then, I don’t know who is.

According to court records, Dunn had at least 23 driving infractions over the last 13 years from six different counties, among them citations for speeding and careless driving, driving an unregistered vehicle, driving without a license, two parking-related transgressions and a criminal mischief-damage to property citation.

END_OF_DOCUMENT_TOKEN_TO_BE_REPLACED 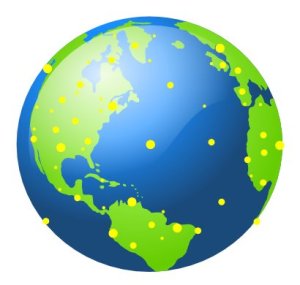 I’ve been playing this new, fun, ultra exciting game on my Facebook page but it’s time to bring it here to Creative Greenius for everyone to enjoy.

In “Greenius Connects-the-Dots-For You” I’ll do the job your newspapers, TV and radio never do.  I’ll bring you news each day that connects yet another Hot Dot.  What’s a Hot Dot?  Nothing but a little old tipping point on our way to the coming climate catastrophe everyone is so looking forward to.

Here’s the headline he gave it:

END_OF_DOCUMENT_TOKEN_TO_BE_REPLACED

Do yourself a favor and take 10 minutes to watch and grok this simple and easy to understand climate change lesson.  Memorize the information as if you were going to be tested in school on it.  Then use this knowledge to help explain reality to your friends and associates who have been duped and conned by the dirty energy industry into believing this is some kind of hoax.

It’s no surprise that the coal, oil and gas industries want us to keep using their dirty, unsafe fuels of the past which are running out and which are spewing pollution and deteriorating our atmosphere while they cook us inside the greenhouse. 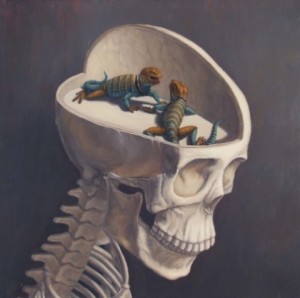 But what is surprising is how many people we know and interact with argue against their own best interests and argue against a rapid transition to the clean safe fuels of our future which will never run out and which protect our health, our environment and our younger generations best chance for peace and prosperity.

So many lizard brains and scared little sheep among us in addition to the industry mercenaries and the always loudly heard defiantly ignorant.  They will surely be our damnation unless we find a way to reach and teach them before it’s too late.  The odds are that we’re already too late by a couple of years now at least and each passing day puts us another 24 hours behind.

But I’m still not ready to cash in my chips yet and start partying like it’s 1999. And I’m still up for the greatest fight between good and evil, between ignorance and enlightenment, between liars and truth tellers that ever played out here on good old planet earth.

Because in the Kingdom of the Lizard Brains the Autodidact with the high school diploma is King.

I voted for Barack Obama and I worked hard campaigning to get him elected. I would do it again and I’m proud of the small contribution I made to achieve change.

But I’m not happy with the President’s strategy or performance when it comes to our nation’s response to global warming. After the jump I’ll share what I said on Climate Progress about it yesterday, and you can read Bill McKibben’s comment there too.

But first, let’s listen to what McKibben told Grist TV yesterday about it:

END_OF_DOCUMENT_TOKEN_TO_BE_REPLACED

This is the summer I totally got my groove on.  And I have never been more all now or totally happening.

While lots of folks took the month of August off, or participated in the greatest display ever of America’s mental health crisis – by aggressively acting out in public Town Halls enraged over their own painful ignorance – your Creative Greenius has devoted 100% of my time to pro bono volunteer work that makes a difference.

I’ve never made less money or had a more rewarding time.

END_OF_DOCUMENT_TOKEN_TO_BE_REPLACED 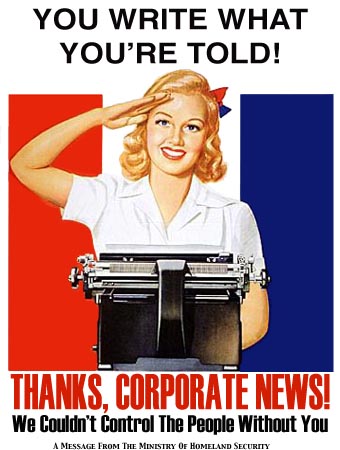 You wouldn’t know it from the mainstream media, your elected representatives or the folks at the US Chamber of Commerce, but we’re currently in the most threatening crisis our civilization has ever faced.  Sure, if you’re a regular Creative Greenius reader you’re already hip to the news, but that only puts you in very enlightened and highly entertained minority.

If you weren’t a fellow traveler along the path of discovery with me, you might believe there is still a debate about the major issues of climate change.  But you would be wrong.  There is no debate.  There is only a powerful propaganda campaign run by the corporate carbon collaborators and those who either embraced it with poisonous profit-driven passion or those who are the defiantly ignorant.

Just yesterday one of the worldwide leaders of the Deniers cult, a man whose blog has millions of readers, was exposed as the Crock of the Week – and the howling from Crazytown can be heard across the nation.  Join us after the jump for the video that deniers and obstructionists tried to keep you from watching:

END_OF_DOCUMENT_TOKEN_TO_BE_REPLACED 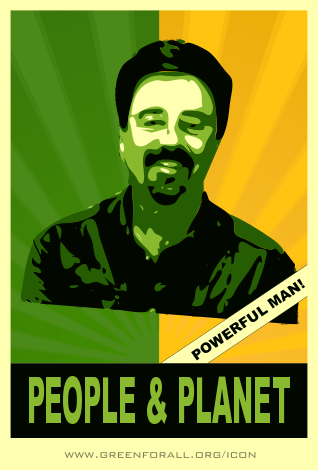 As our planet’s atmosphere overheats because the greenhouse gas firewall we’ve built by burning fossil fuels works so damn well, there is one secret weapon we can all still whip out if we want to fight back and try to save ourselves from frying.

It’s not sexy and it doesn’t make a bunch of old school, balding, white, male, carbon collaborators stinking filthy rich, so it’s no wonder they’ve done every evil and despicable thing in their power to keep this weapon from being aimed at them.

But nothing can stop the Creative Greenius, the most Powerful Man in America, and now I am going to put this same secret weapon in your hands and together we are going to use it to destroy the carbon-based economy and create a new, stronger, more American green economy in its place.  Won’t that be fun?!

And the people who are going to try to stop us will be decimated  along with their evil, hell-based philosophy, the one they’ve been spewing without fear of justice – until now.  But now justice is going to come down upon them like the mighty Thor’s hammer, except we’re going to add a little squeak toy noise at the end just before we clobber them – you know, for the kids…

END_OF_DOCUMENT_TOKEN_TO_BE_REPLACED 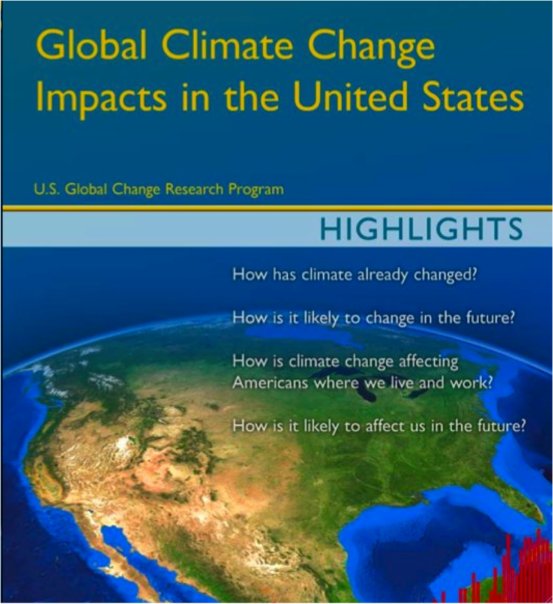 This is the cover of the report that was released by the The U.S. Global Change Research Program (USGCRP) on Tuesday.  If you click on the cover you can get the report.

But your dying legacy newspaper didn’t get it.  Neither did ABC, CBS, NBC, FOX, CNBC, MSNBC, CNN, HNN or any other major, mainstream outlet in the United States.  If you’re getting your news from those sources and acting accordingly, then you my friend, are already toast.  Burnt toast.  END_OF_DOCUMENT_TOKEN_TO_BE_REPLACED

This just in from Speaker of the House Nancy Pelosi, via her blog (thanks to Joe Romm of Climate Progress)

Today, Speaker Pelosi and Senate Majority Leader Harry Reid sent the following letter to the Acting Architect of the Capitol, Stephen T. Ayers, asking that the Capitol Power Plant (CPP) use 100 percent natural gas for its operations. They write, “the switch to natural gas will allow the CPP to dramatically reduce carbon and criteria pollutant emissions, eliminating more than 95 percent of sulfur oxides and at least 50 percent of carbon monoxide…We strongly encourage you to move forward aggressively with us on a comprehensive set of policies for the entire Capitol complex and the entire Legislative Branch to quickly reduce emissions and petroleum consumption through energy efficiency, renewable energy, and clean alternative fuels.”

Your Greenius says, the threat of Monday’s civil disobedience got this letter written and I hope the action itself moves us from letters to legislation.  I strongly encourage Speaker Pelosi to join the Capitol Climate Action civil disobedience protest and get arrested on March the 2nd to show where she stands.  She’s already in DC, it’s only a few blocks away, Speaker.  Go ahead and march on over, even if it’s cold.