Why would your Creative Greenius walk away from his high-paying, highly rewarding executive role at CBS EcoMedia where I was working to fund environmental, education, and wellness projects all across the USA, just as the company hit more  growth milestones and was likely to pay generous bonuses?

The answer is simple and direct – because I have done The Math.

And so it is that I resigned from my position as Director of Strategic Partnerships and Public Affairs for CBS EcoMedia effective  the first of this month and I will now be devoting my full time to working on climate change response with the South Bay 350 Climate Action Group, the South Bay Bicycle Coalition and 350.org

I had no other choice once I did The Math and saw what things add up to – and how little time we have left before the global temperature goes past the Game Over limit of 2°C.

There still is a Hail Mary’s chance of staving off the worst if people like me – and you – accept our responsibility to throw down and fight this epically awesome battle.  There’s never been a bigger enemy or or a more noble cause.

You’ve got to be willing to go up against the fossil fuel industry – whose established business model is designed to give you asthma, emphysema or cancer as a warm-up act before pumping so much greenhouse gas into the air that climate change spirals out-of-control with global temperature increases of 6-7-8° and a climate that no longer supports a civilization remotely compatible with the one we’ve enjoyed for the last 100 years.

You know how the Greenius loves a challenge and how little I fear anything… except maybe The Math itself. 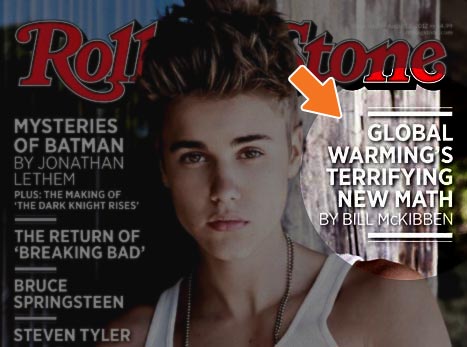 Bill McKibben’s “Do The Math” article in 2012’s Rolling Stone magazine taught us that we cannot burn any more than 565 gigatons of carbon if we want to stay at 2° or lower. 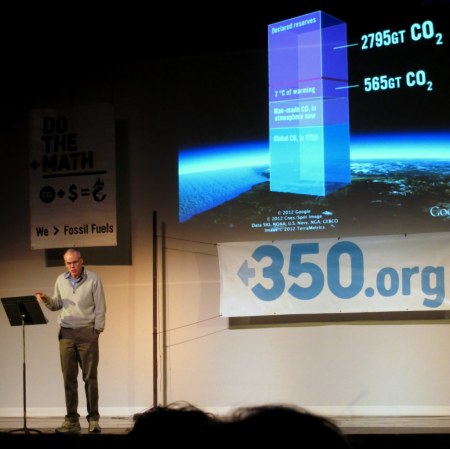 On the current course we’re on we have 15 years before we burn through that 2,795 gigatons and hit 2 degrees. 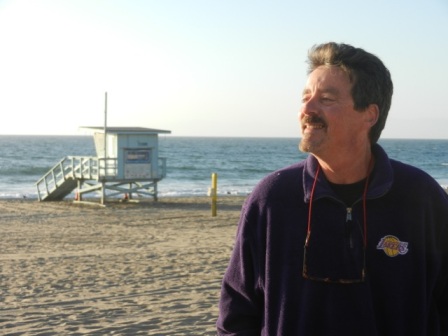 So you can see why I can no longer spend 70 hours a week writing press releases and media advisories, rolling from one conference call to another, and flying from one city to another for media events – no matter how meaningful and satisfying the results were, and no matter how cushy and fun the gig was. 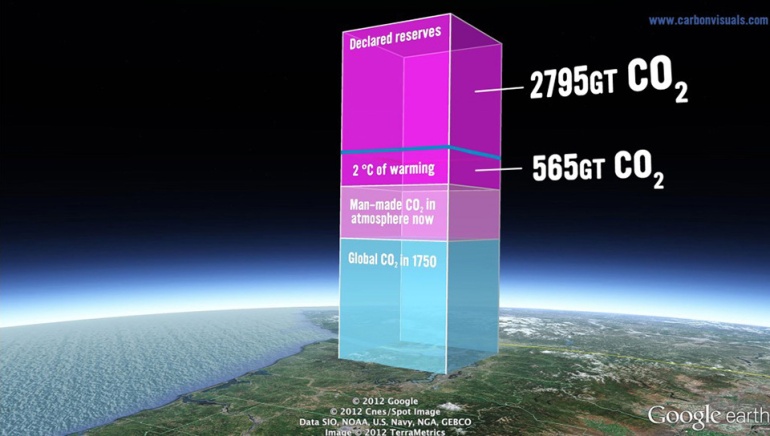 I can’t do it with the climate clock ticking so loudly now and with so many critical parts of the math equation in my own South Bay backyard.

Like the issue of oil drilling in Hermosa Beach.

That’s “Beautiful Beach” for those of you who don’t habla Espanol and it is indeed that.

couldn’t be more right-on, because over the years Hermosa has been kept Hermosa. 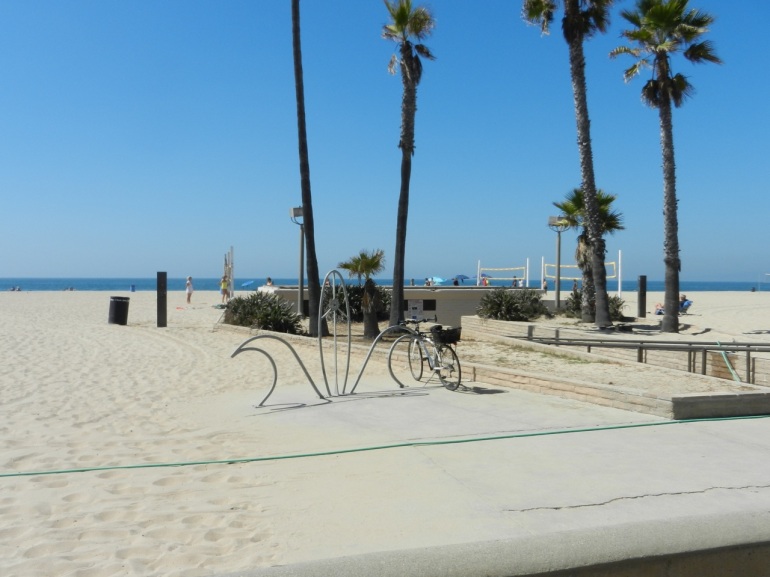 Unlike most places that get oil wells forcibly drilled in their communities with no say so, Hermosa Beach is in the unique position of being able to vote on the issue next year.

The oil company, E&B, (who would rather you call them E&B Resources) is obsessively pimping their oil wells, promising to generate hundreds of millions of dollars for Hermosa, enough to pay for the schools and just about anything else the community needs if they vote ‘yes.’ And of course they’re threatening to collect a $17.5 million settlement against Hermosa if the citizens vote against the oil wells.

The oil company and it’s supporters, like to foster the notion that the city teeters on the edge of financial ruin and will go bankrupt if it has to pony up the seventeen and a half mil, but the City Manager of Hermosa flatly says, “The City will not go bankrupt.”

What a no-brainer. Besides all the damage to Hermosa’s health, environment, safety and quality of life the drilling for oil in their 1.4 square mile town will cause, there’s the bad math this adds up to for the climate.

We have to drastically cut the amount of carbon we can burn and that means 80% of all the oil underground and under the sea, 80% of all the shale gas waiting to be fracked and 80% of the coal in the hopper or in the coal mine all needs to stay sequestered right where it is to prevent the climate catastrophe we’re currently hurtling towards head on.

So the last thing we need is for the oil that currently sits safely untapped under local waters and under the town itself to be drilled into, sucked out, and trucked through the South Bay.

I know E&B isn’t going to like that answer and you may not like it either, but that’s too damn bad. I don’t like flossing but I suck it up and floss every day so I don’t lose any more of my remaining teeth.

The gang at E&B knows and understands the same math that Bill McKibben, the latest IPCC report and the Greenius do, but it adds up differently for them. They’re determined to burn as much of that oil as they can get away with.

They have no plan to ever cut back or stop. There is no limit they will not pass.

They are in the same business of feeding a harmful addiction as Mexican drug lords are and they have an equal amount of concerns for the users of their product.  If you overdose on it and die that’s your bad.

E&B, along with their counterparts at Chevron, Exxon/Mobil, BP, Shell et al know internally exactly what The Math says. And they know what their products are doing to the air we breathe and the climate we live in.

Just like the tobacco industry before them they continue to lie and deceive and conspire to do everything in their power to drive sales growth of their product. They will burn through that 565 gigatons we have left with a vengeance – and do so happily before the 16 year estimate — unless we stop them in their tracks.

Hermosa Beach has a golden ticket to do just that and I’m now working in my capacity as Organizer of the South Bay 350 Climate Action Group to help them keep that oil exactly where it belongs – in the ground.

The Math also dictates that the Redondo Beach power plant has to go.

They can talk all they want about how much cleaner their new plant will burn carbon, but that’s the same thing as talking about how much less of a drug overdose 3/4 of a needle causes compared to 100% full needle. One just takes a little longer to eliminate you.

We need to stop burning carbon completely and a perfect place to start that locally is a power plant that’s slated to be closed, torn down and rebuilt. There is no valid argument to bring that plant back on line if they’re going to burn more carbon in it and add to the total that brings us closer to the 2 degree danger zone. 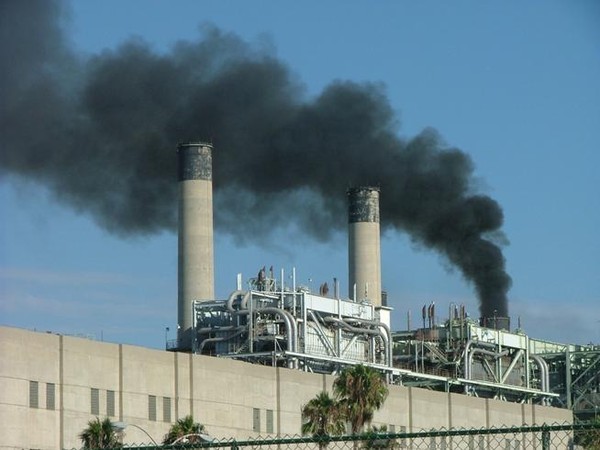 The AES people have no legitimate response to the math. They know it’s true, yet they refuse to take any responsibility for the harm their plant’s emissions spew into the air. Who the fuck do they think they’re kidding? 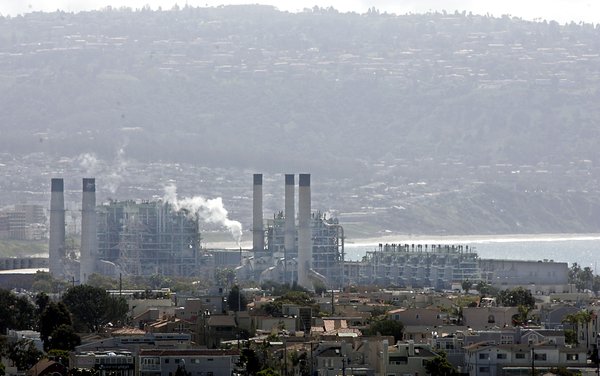 If they’re not going to tell the truth about the negative impacts of their business on the local and global communities and they refuse to pay for those damages then they have no right to do business in this or any other community. Let’s not waste our time and capitol building another carbon burning plant that adds to the problem and which we will only have to shut down soon anyway.

While we’re on the subject let me add this truism that Bill McKibben says,

So let’s get our Beach Cities’ money out of investments in coal, oil and gas while they’re at these all time highs and before the bubble bursts because the math says those fossil fuels are no longer of value because they have been banned around the world.  You can sign a petition HERE asking them to do so 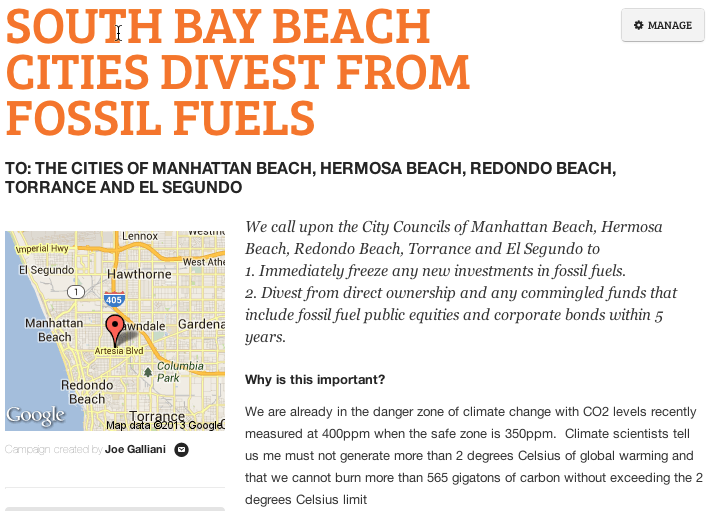 Let’s use the land that power plants is on to generate as much renewable energy as possible and be part of the solution. Let’s cut our greenhouse gas emissions as we promised we would do when we made the Cool Cities pledge and as our California state law, the Global Warming Solutions Act says we must and as our survival instincts should drive us to do.

The Redondo Beach Power Plant is another critical local math issue I and the South Bay 350 Climate Action Group need to help with and we will endorse the efforts of the No Power Plant group and pledge to work with them to help divest ourselves physically of the carbon burning low hanging fruit in our communities.

In the paradise we live in known as the South Bay, it doesn’t feel like anything’s out of the ordinary.  The weather here is pretty much the same as its always been at the beach, dolphins and surfers still play in our waters, sailboats cruise across our sunset photos and the good life goes on like business as usual.

But it isn’t business as usual and the math adds up whether you want to look at it now or wait for the inevitable to become undeniable.  Today it comes down to a simple choice if you ask me –

Do you feel a moral responsibility to stop the destruction of the climate and do you have the moral courage to do the right thing – while you still have a chance and can make a difference?

I personally cannot be on the sidelines when we have one last chance to stop this reckless changing of our climate and halt the outlaw behavior of the fossil fuel industries.

So as much as I loved my ocean view office on Manhattan Avenue a couple of blocks from the MB Pier, the nonprofit projects we funded and my bright and talented EcoMedia colleagues, I’ve done The Math and it adds up to 350 for me.