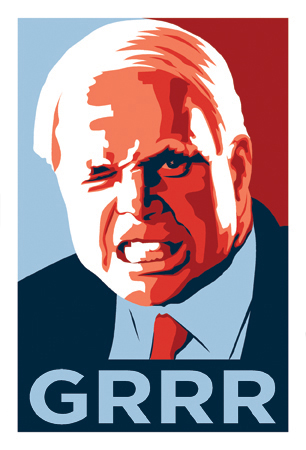 A furiously venom-filled John McCain angrily admitted to this blogger in a just-finished phone interview that he has been in a state of unstoppable rage that has kept him terminally pissed off at the United States of America ever since we chose to end the Vietnam war.  “You’re damn right I am, you little jerk,” he said.

Before I could even respond he exploded again like Yosemite Sam.  “You’re ALL a bunch of little jerks!” he screeched out to me on my VOIP line,” all you word happy blah-blah-bloogers – especially you environmentalists.” He spat out the word as if talking about a pedophile, but I could sense he was using air quotes at the other end.