Skip to content
It was a historic night in Torrance, California this evening as long-held differences were put aside and the City and your Creative Greenius came together to join forces on behalf of Saturday’s 350.org International Day of Climate Action.  That’s me with my new favorite Councilman Cliff Numark just before the Council session started.  Doesn’t he look relieved and happy?  Don’t I look friendly and reasonable?  It’s a new day in Torrance my friends.

The evening was even more meaningful for me beyond the great support and endorsement it gives our South Bay 350 Climate Action on Saturday October 24 at the Manhattan Beach Pier – since one of my environmental inspirations received a proclamation just before ours.  Tracy Drake, Manager of the Nature Center at the Madrona Marsh was honored for her tremendous work with volunteers.  Friends of Madrona Marsh have been generously supportive of our South Bay Los Angeles Climate Action Group and it was a great thrill for me to have this photo taken with Tracy

While I was lucky enough to be at the Torrance City Council meeting tonight, the Redondo Beach City Council was busy passing their resolution endorsing and supporting the South Bay 350 International Day of Climate Action event.  Thanks Redondo Beach!  We love you guys too.

This morning the South Bay awoke to John Bogert’s very positive column about our Saturday climate action. He made me sound better than he needed to, but he did an outstanding job on all the science and 350 facts.  Thanks John Bogert! 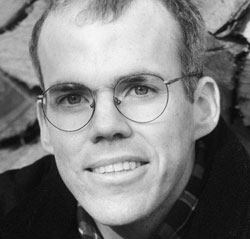 We’re going to have a strong media turnout on Saturday in Manhattan Beach and we’ve got more articles coming out in newspapers this week.

Did I mention radio?  I’ve loved being on the radio since I was doing commentaries on NPR affiliate KLON FM88 in the early to mid 1980s.

This week I’ve got a few radio appearances too including an appearance I’m making with 350.org Founder, Bill McKibben this Friday at 8am (Pacific Time) on Uprising Radio heard on many Pacifica Radio Stations including KPFK FM 90.7 in Los Angeles.

How is that even possible?  It’s all part of the power of the Amazing Waving Human Tide Line.

I’m pretty damn excited about that, but I’m also especially excited about the youth journalists covering our event.  They’re reaching the most important audience we have.  Two of them from West High in Torrance were on hand tonight from their Television Production Unit to do a brief interview with me after the Council meeting.  It was very cool talking with them.

One thought on “Torrance Goes All 350 for October 24, Ready to do The Amazing Waving Human Tide Line”