Answering the President’s Call To Serve A Higher Purpose

That’s your Creative Greenius in the orange hardhat, and my buddy the Reverend Ron giving the Hang Loose salute, atop the roof of a Habitat for Humanity home we successfully installed a Solar PV system on.  And when I say “we” I mean GRID Alternatives the non-profit whose mission is to empower communities in need by providing renewable energy and energy efficiency services, equipment and training.

That’s Steve from GRID on the far left.  He’s a great guy, working for the modest Americorps paycheck he and the other GRID staff folks make.  It was an honor to work with them and I can’t wait to do my next install with GRID.

I’ve been inspired by President Obama’s call to public service and so I have gotten out of my Steelcase Leap chair and out of the comfort zone of my ocean view office and out among the people and into the neighborhoods to try to respond to the extraordinary challenges our nation faces after eight years of looting and pillaging by the barbarians who occupied the White House and tried to destroy the values and standards our great country was built upon.

Like the President himself, I have had a superb 100 days since January 20 and I am here today to report back to you on this the last day of my downright Ro0sevelt-like April.

I’ve been out there, learning new skills and using my existing skills to show what Progressives and Environmentalists like myself are made of and to keep walking the walk.  And to offer myself in marked contrast to the Tea Baggers of our day who as we all know suck more than anyone else does.

And I’ve got to tell you, I have never been happier or felt more fulfilled in my entire 51 years on the planet.  I’ve got a spring in my step and a wiggle in my walk and my mojo is benefiting from major juju and gris gris if you grok my meaning.  I’ve been checking out what condition my condition has been in and I am Good To Go Joe.

And I’m talking ’bout more than just the blast I had installing solar with GRID Alternatives. Here’s some of the other volunteer efforts I’ve contributed in the month of April:

1.  Built and launched the new Environmental Priorities Network website – check it out by clicking on the graphic:

Wrote my first speech for California State Senator Jenny Oropeza, who delivered it at the West Los Angeles Democratic Club.  I’m also working on the Senator’s new FaceBook page and currently writing my second speech for her. 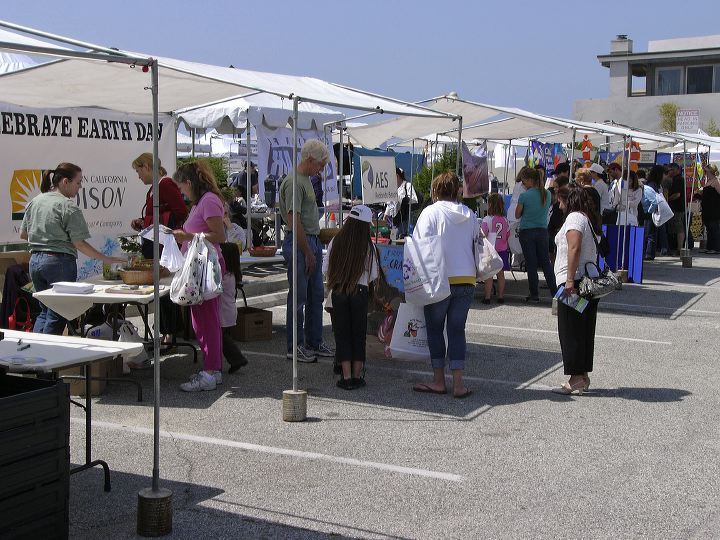 I really dug the SEA Lab event on April 25 because our booth was right next to the South High Environmental Club booth which was staffed all day by some very cool high school kids.  I was glad I wore my new hip Vanns skateboard shoes.

I especially enjoyed writing Lillian Light’s remarks for the Audubon award she presented to my friend Dency Nelson last Saturday at Madronna Marsh.

I spent two hours on the phone with Dency while he was stage managing a show in Las Vegas to get the material I need to write Lillian’s 5 minutes of remarks.

Of course, Dency being Dency he was too busy to actually be there in person (and me being me, I screwed up the video recording I tried to make of Lillian doing her remarks – sorry Denc) but I was really stoked I was able to go and I also saw about a dozen young people get environmental awards too which made me very happy.  It was so good to see some kids someplace who weren’t talking on the phone or texting.

Perhaps I was lucky enough to talk to you while I was doing my Solangelist thing in the late afternoon at the Manhattan Beach Earth Day event at Polliwog Park on behalf of the EPN where the hot topic was our upcoming May 16 Solar Homes Tour.

I was happy to answer so many questions about how solar PV works and to dispel some of the common myths.

I’m proud to say I also created and produced the solar fact sheet that will be given out at all the homes on the solar homes tour: 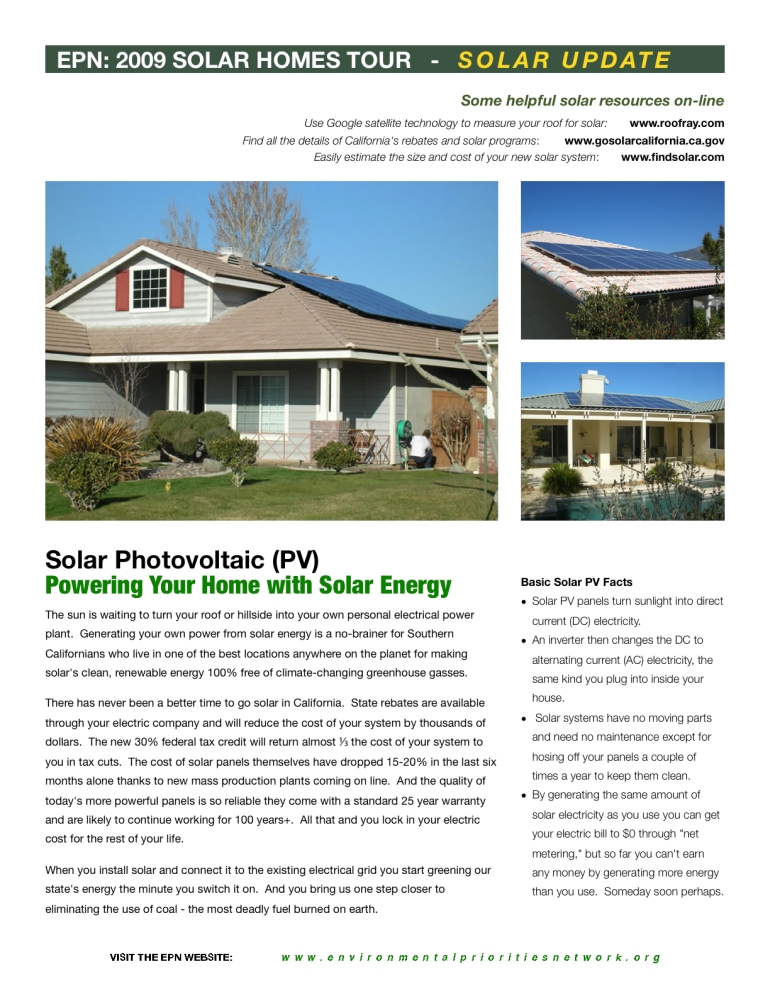 Let me be the first to say that there are many fine designers and graphic artists who I have worked with over my 22 years of doing corporate marketing, advertising and communications and I don’t claim to have 1/100 of their talent, ability or eye.  But I get stuff done and I get it done very quickly and responsibly.  And I do it all pro bono so it’s hard to say you’re not getting what you pay for.  But I also do it all with passion and dedication and with the same standards I hold for all my professional projects. 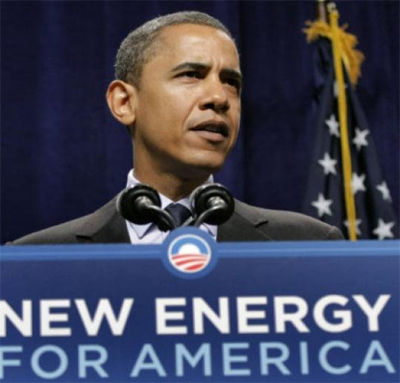 If you’ve been wondering why the economy has slowed down or why you don’t have as much work as you used to, the answer is – to free you up to do the volunteer work that’s just waiting for you to have some free time in your schedule.

Most of us have been working on a lot of disposable and meaningless crap for consumer products companies for too long now.  Now it’s time to do something more important than just make money.

And if you’re not making some kind of contributions using the talents and skills that you have – on the issues and subjects YOU care about, then I guess I have to wonder why not?

But while I’m wondering, I’m going to keep on working and I’m going to continue to support President Barack Obama and his efforts to lead the United States in the direction that me and people like me have been yearning for.

That’s in the exact opposite of the direction this country has been heading since the year 2000. And the polar opposite of where people like Newt Gingrich, Karl Rove, Dick Cheney, Rush Limbaugh, Eric Cantor, Mitch McConnell and Representative Boner of Ohio want to drag us down into.  Every single one of those backwards thinkers has already sold out the health and well being of our future generations to a carbon-based economy more toxic than the bank assets they once swore by.

So go ahead – choose those guys or the Greenius.  I’ll be out doing more volunteer work while you’re thinking about it.