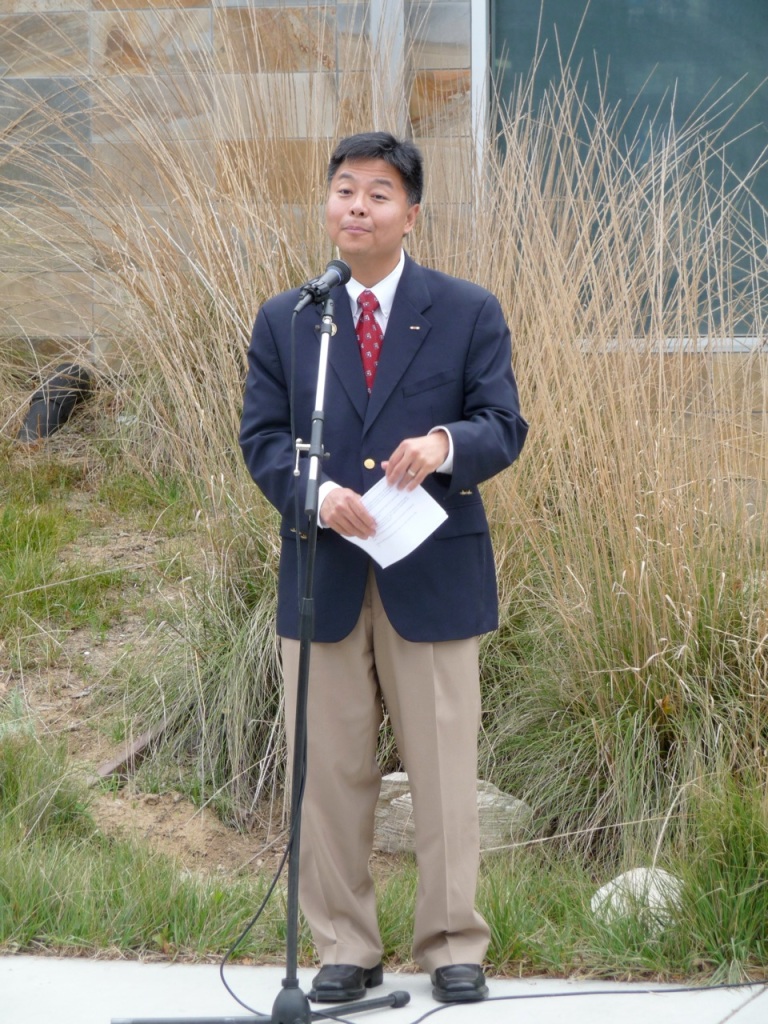 I’m beginning to think that Ted Lieu only co-authored AB 920, the Feed-In Tariff bill as window dressing in order to try to pad his environmental resume.

Ted doesn’t talk about the bill in public, won’t put anything about it on his own web site, and looks down at his shoes and changes the subject if you ask him about the bill personally.

Why shouldn’t we conclude that Ted is practicing political greenwashing when he won’t show any backbone or courage and lobby on behalf of his own  bill even when you ask him to?

Until Ted proves otherwise, that’s the conclusion I have reached.  And in case you’re wondering, I’m a registered Democrat and a member of the Beach Cities Democratic Club, but fellow Democrat Lieu gets zero slack cut on this issue from me.

Ted Lieu used to be one of my city councilmen here in Torrance, but he didn’t stay local long because Ted had much bigger political ambitions than that.