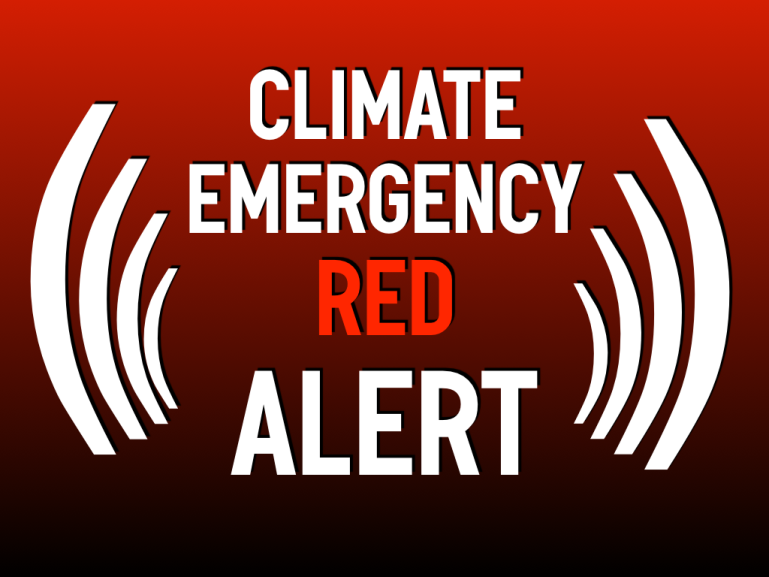 “If you see something, say something.”

That became America’s mantra because we missed so many clues, hints and pieces of evidence that should have driven us to the kind of preemptive action that stops disaster – or at least prepares people for it.

Because people did NOT speak out when they saw suspicious, dangerous and threatening behavior, we did not connect the dots or see what was coming ahead of time – except for that infamous memo, “Bin Laden Determined To Strike in US.”

Today, here in the South Bay of Los Angeles where I live, we have all the dots you’d ever need to connect the crisis level of global warming to the urgent action needed locally. But instead of First Responders we have No Responders.

Just four months ago, in October, the UN’s IPCC Climate Report gave us, at best, 12 years to take bold and drastic action in cutting greenhouse gas (GHG) emissions if we want to limit the level of already baked-in climate catastrophe. If we continue our head-in-the-sand, business as usual path, we are headed straight for runaway, uncontrollable destruction of our livable climate.

If that report didn’t motivate you, the following month the US Climate Assessment, produced by 13 different United States federal agencies, detailed the hell and high water headed our way. It stated that global warming “is transforming where and how we live and presents growing challenges to human health and quality of life, the economy, and the natural systems that support us.’

That Climate Assessment calls for people to act boldly and immediately by responding to impacts already hitting us and by mitigating future catastrophic impacts in order “to avoid substantial damages to the U.S. economy, environment, and human health and well-being over the coming decades.”

And if that one two punch of reality didn’t scare the shit out of you and drive you to action the hits just keep on coming.

It’s been enough to drive Mayor Garcetti of Los Angeles to take the bold and unexpected step last week of overriding his LADWP staff’s recommendation and deciding the City’s giant public utility will not repower three local gas-fired power plants with more fossil fuels. Instead L.A. will retire the plants and replace them with renewables and storage. Garcetti called for “a Green New Deal for Los Angeles.”

Just one week later, on Tuesday of this week, the City Council of Los Angeles voted unanimously to endorse the Green New Deal resolution in Congress.

But none of that has  been enough for the Mayors and City Councils of the 15 cities here in the South Bay where there is an absolute vacuum of leadership on climate.

Not my own City of Torrance, still content to suck at the monetary teat of the Torrance Refinery which continues to leak, flare and spew toxic pollution into the air we breathe every second of every day. Not the City of Carson, its citizens choking and sick from its own nonstop polluting refineries, nor El Segundo a city run by the equally dangerous and lung-choking Chevron Refinery.

Given dire warnings that we have only a decade to respond to our generation’s Pearl Harbor moment, our local elected representatives in these and every other South Bay city have shown how very little they’re made of, with not a single Profile In Courage among them.

It should only take intelligence and reason, not bravery at this point in the climate timeline to take the obvious first step – declaring a Climate Emergency and tasking every City Department with delivering their emergency response plan. The second obvious step is to start implementing that plan with an urgent climate mobilization.

That’s exactly what the California cities of Oakland, Berkeley, Hayward, Richmond, and Santa Cruz have done. So did Hoboken, New Jersey; New Britain, Connecticut; and Montgomery County, Maryland here in the USA.  Across the pond, so too have London, Bristol, Cornwall and 17 other United Kingdom cities and eight more cities in Australia.  And that list is growing

In each of these cities they saw something, they said something and they are doing something.

Now it’s time for the Mayors and City Council Members of South Bay cities including Inglewood, Manhattan Beach, Hermosa Beach, Hawthorne, Gardena, Lawndale, Lomita, Rolling Hills, Rolling Hills Estates, Palos Verdes Estates and Rancho Palos Verdes to begin to live up to the oaths they took and accept their responsibility to protect our people and our communities from the emergency that rages – no matter how silent they stay.

And I can tell them what happens if they don’t get aboard the clue-train that’s leaving with or without them – the kids are coming for them and they will not be gentle.

Our young people know they’ve been screwed out of the opportunities and bright futures that the baby boomers enjoyed for their whole lives and the kids are rightfully no longer willing to put up with being dealt the short stick.

I’m telling you they will not accept any more of your talk or your bullshit. You either act or you’re gone.  You ignore the Sunshine Movement, Justice Democrats and Greta Thunberg and her Friday Climate Strikes at your own ignorance and peril.

And if you can’t smell what’s cooking, you will never see it coming or grok how you wound up out on your ass with your own future ruined.

And you will have gotten exactly what you deserved.

Joe Galliani is the founding Organizer of 350 South Bay Los Angeles Climate Action Group, an Emeritus Board Member of the South Bay Bicycle Coalition, the founding Chair of South Bay Clean Power, and the former Director of Strategic Partnerships and Public Affairs for CBS-EcoMedia. He has lived in Torrance since 1993.