I went to Detroit last month and found myself in neighborhoods that looked like they had been attacked by enemy forces, had lost their battle and had now surrendered and in most part been abandoned.  The house above looks good compared to what I’m talking about.

I didn’t just find myself in Detroit, I went on purpose to help bring books to public school kids who need them  and to meet with an amazing neighborhood activist (more about that to come) who is using his creative greenius to create an alternative reality in the heart of one of the worst-of-the-worst places in Motown even in  better times then these – and that was before bankruptcy was forced upon the city and its people.

And now Detroit has hit bottom and many are ready to give up on both the city and its people.

But not this Creative Greenius who says – like how it happened or not,  Detroit offers a clean slate.

Detroit is an unprecedented opportunity to use the tremendous assets already in place to reimagine and reinvent its post-industrial future and address the great challenge of the 21st century – no, it’s not dealing with deficits or pension obligations, it’s adapting to climate change and building a sustainable society that can survive.

So obviously this isn’t a job for any known political figure or member of the existing power structure – none of them will ever be confused with the best and the brightest and they’re the Clyde Crash Cups who screwed the pooch to begin with.

No this is a job for the company I’ve long been a stockholder of – Google. 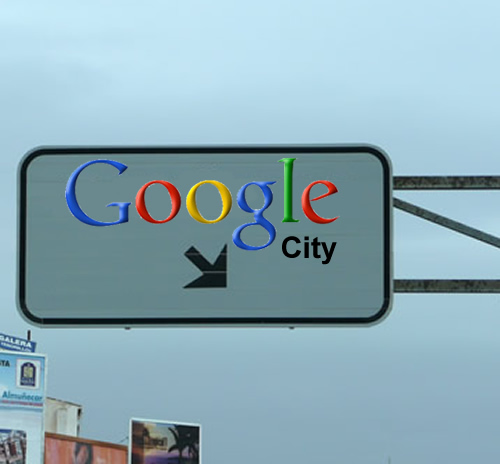